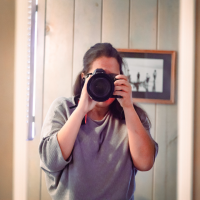 Posts by this author:

With 2 of the 5 holidays done for the season, I am ready to quit eating…. but to be honest I don’t know how that will be possible with my upcoming trip in less than a month. I am so excited to be going back to Italy again. I will be arriving to Bologna and then I will go to my friends house from there. I will be spending New Years eve there and in typical Italian style…. be served so much food that I will be contemplating faking a headache just to get out of the amount of food that I will be up against. I can tell you now that in this battle of California vs. Italian Food culture, I will lose. For the past two years I have been lucky enough to spend not only New Years, but also Christmas. This last one my niece has banned me from going to Italy again during Christmas time, but I am allowed to go the day after apparently. Go figure…

*250 grams broth of your choice

First off, let me say this- I don’t know much, if anything, at all about my birth parents. I was put into legal guardianship right at birth to the people who I call my parents. Now, I say “adopted” because it is way easier than to spend the time explaining legal guardianship to others and why my parents chose that versus the typical adoption route. (That will be coming up later…) However, if you are curious about the differences in adoption compared to legal guardianship you can click the link here!

2. I have had three major surgeries.

I was born three weeks premature, and just like many other preemies, I had suffered some health issues. One of them was Coarctation, which according to the Centers for Disease Control and Prevention (CDC for short) is a congenital heart defect in which a part of my heart, (the aorta), is narrower than usual. The narrowing of the aorta blocked normal blood flow to the rest of my body; but to fix it doctors performed corrective surgery right after I was born, thus far having no other issues!!!

The other two surgeries were for Hydrocephalus. Which, when I was nine months old I wasn’t reaching the “major milestones” of a typical nine-month baby should be doing (crawling, sitting upright, using a pincer grasp, etc etc). My mom was very observant and was watching me closely as I started to gow (I also came home on an oxygen tank which had about 25 yards (23 meters) of tubing so I could crawl around the house… sidenote: this probably contributed to my asthma, which in my opinion is the worst of all my health issues) and finally decided enough was enough and took me to a doctor. They diagnosed me and performed brain surgery on me and placed a VP Shunt in me. Which until 11 years old, worked perfectly well, due to my mom being very careful and reminding me not to hurt myself. (Fun fact: They usually last 2 years max…) Then, the headaches started coming and when we went to my neurologist in the capital, they told my mom I needed another surgery. Blissfully unaware me didn’t really care too much about it though because my mom always made the appointments to see my neurologist fun (about every 3 to 6 months). They performed an Endoscopic Third Ventriculostomy which hasn’t caused any issues since then. The doctors don’t know the cause of my Hydrocephalus and suspect it may be due to the grade 4 brain bleed (stroke) that I had suffered right after birth.

3. I come from a large family.

I have three older brothers and two older sisters, one of which whom are adopted, and two younger siblings who are adopted as well. That meant that growing up in my household was usually full of lots of faces given at any point in time. My mother’s side of the family is considerably large as well. It was run by “The Four Queens” who were my grandmother, and her sisters Mary, Alice, and Florence. I also had some uncles as well named Charlie and Budd. By far though, my mom’s side of the family was highly matriarchal. Which is extremely atypical in the average American household. Regardless, I wouldn’t have it any other way.

My parents instilled in me the love of traveling at a very young age. I don’t remember not yearning to travel the world, learn about new cultures, or actively choosing to ease drop on foreigners’ conversations just to hear the different sounds of their native tongue, that of which vastly contrasted from my Anglo-Saxon ears and mouth. I can remember being eight years old walking around in San Francisco on Pier 39 with my family surrounded by a multitude of different languages and thinking how amazing it was that they spoke another language that wasn’t remotely similar to my American English.

A lot of my out of the country trips (excluding Hawaii since it’s still a state but not on the mainland) as a child were mainly to the Caribbean as my parents absolutely adore the heat and the crystalline waters of the Islands that we unluckily have the misfortune to not have access here in Northern California. The rest have been within these past two years when I have gone to Europe alone.

Ho iniziato l’italian la scorso Agosto all’università (Santa Rosa Junior College). I would like to become sufficient in Italian so I could work there and eventually move there. I love the language, food, culture, and people there! I especially love the region of Emilia-Romagna.

Lots of people love coffee and lots of people love Netflix, but if I had to log the amount of time that I have spent on Netflix paired with the amount of coffee drinking on a daily basis, I should be a couch potato with heart palpitations (Ignore the fact that I was born with a heart defect…) I am also a little bit of a coffee snob. My favorite drink is a Macchiato(NOT THE ONE FROM STARBUCKS!!! Unless you get an espresso macchiato)

That, unfortunately, means that I have a lower threshold for stimulation than extroverts, which is essentially any of these equations:

To further simplify that, it means that any of those would satisfy my need to be happy. It also means that I lose my “social energy” quicker than an extrovert and can get a social hangover. (I currently have one now, to be honest… field trip to SF plus Field Day all in one week is A LOT) Therefore, to recover I’m relaxing in my room, writing this post and later, I’ll probably watch Italian Netflix.  Click here if you wanna know more!

Summer is almost here! The tan lines, warmth, and longer nights are definately welcome after all the craziness of work and school. Today I found a new coffee shop that is quite unique, though my version of a cappuccino and their’s differ significantly. What they gave me wasn’t bad at all, it was quite nice but without question was not a cappuccino. My friend Andre told me today that I will have to wait for “un caffé come si deve” which roughly translates into “A coffee as it should be”.

As far as studying Italian, he has been my constant teacher with an unbelievable amount of patience and kindness. Allora, Andre… grazie mille per tutti che fai per me! I should make a post in Italian, because honestly I don’t have the best Italian. I will take the second level in the fall which will be nice and exciting! If you would like that please leave me a comment in the bottom below!

Coco has just joined me in the bed and is pawing at me desperately asking to be pet, she always wants attention at the most inconvenient times. I have to finish up a few more papers for school finals and I will be free for the summer!

Recently I have been on a cleaning binge…. me of all people. I am waiting on my desk to arrive from Ikea!!! I would like to start to have a more plant based and minimalist lifestyle. I am hoping that by tomorrow I will be able to have a completely clean room, as in nothing there!! I don’t know why all of a sudden I felt like I needed to get rid of all the stuff in my room, But I have and it is actually quite freeing!!

Also I have been on a health kick and have lost 15 pounds!! Ideally, I’d like to lose another 30 more, but we will see! With the exception of yesterday evening and today I have been eating 1,200 to 1,300 calories a day and walking four miles every Monday through Friday for work. Water has been my best friend so far throughout this journey. Speaking of water… I was quite confused when I went to Starbucks today with my friend Jacky. I got my usual order (a doppio espresso macchiato) and a sparkling water, but the water wasn’t on the receipt. Being me and totally clueless asked why my water wasn’t rung up for and checking three times that water wasn’t on there asked him and he said “No problem!” and proceeded to pretend to ring me up then use his employee numbers to comp the water. So with that nice little surprise and as well as splurging and buying my favorite perfume I had a wonderful day with Jacky! 🙂

Tomorrow we are supposed to work out but we’ll see if she is up for it or not… hmmm I can take a guess at which it will be.